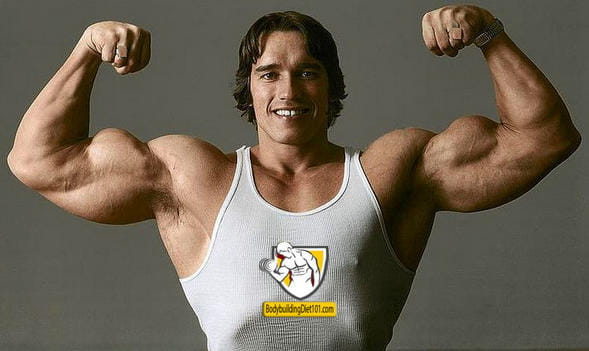 There’s no doubt about it, Arnold Schwarzenegger has come a long way from when he was born on 30th July 1947 in a very small town in Austria called Thal. From his early bodybuilding career, to movie star and to now becoming the 38th Governor of California. He has done more than most could ever dream of.

So let’s look back at where it all began and how he started his bodybuilding career. It all began when he moved from Austria to the USA in 1968, at the age of just 21. He had a very strong accent and didn’t know anyone, so he started going to the gym. Not just any gym though, it was Gold’s Gym in Santa Monica. Which is now one of the most popular gym’s in the world.

He started training hard with some friends he met at the gym including Ric Drasin and Billy Graham, who are well known in their own rights. It took him just 2 years to win the Mr. Olympia title, of which he then went on to win it another 6 times. He makes no secret of the fact that he did used to take anabolic steroids when they legal. He states that he used them to keep his muscles a constant size and not for growing them any further.


So let’s now take a look at the famous Arnold Schwarzenegger bodybuilding workout that got him in such good shape and won him so many titles. 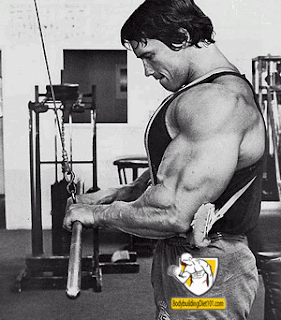 One of the best ways to see Arnie in action is to watch the film Pumping Iron. The film is a documentary which follows him and others including Lou Ferrigno in the lead up to the 1975 Mr.Olympia bodybuilding competition. It follows them around including capturing their workouts in the gym. 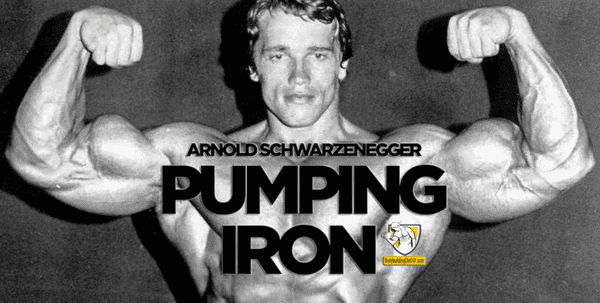 It includes the famous saying from Arnie when he first walked into Gold’s Gym “Can I sign up? I want to start gaining some muscles.”

Here are some pictures of Arnold in his prime. He had a physique like no one else at the time because he trained hard and was focused on nothing else. 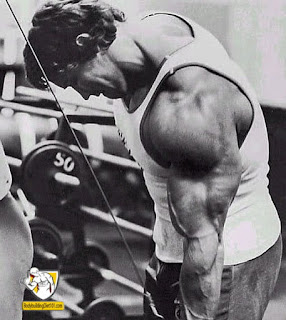 This photo shows Arnie working his biceps. There are close up shots of just how huge they were at the time:

So that concludes our look at Arnold Schwarzenegger's bodybuilding career and how he became the huge man mountain that he was.